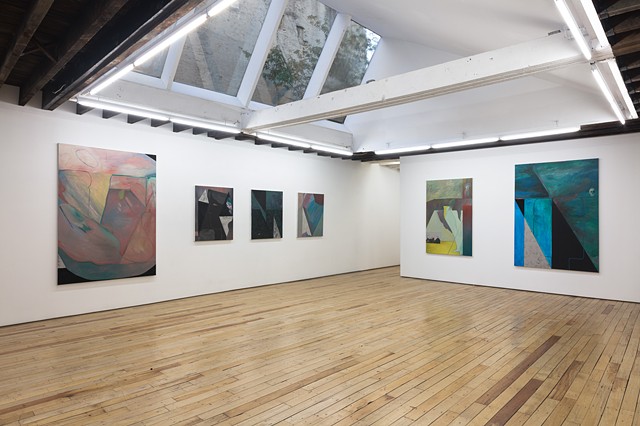 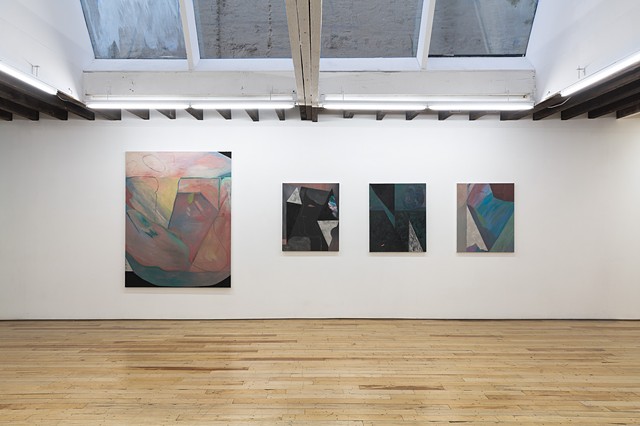 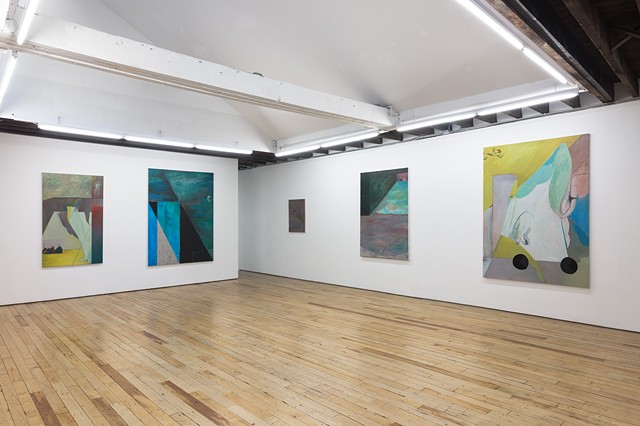 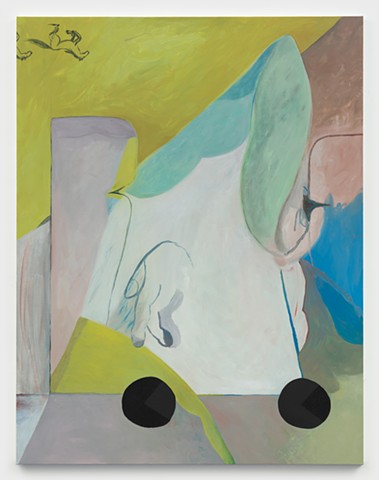 HARDER
Oil and textured medium on linen
72x56 in 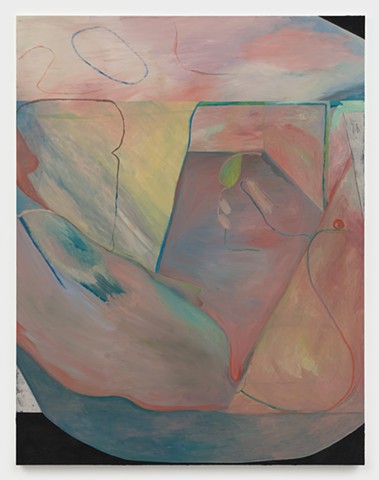 Reflections
Oil and textured medium on linen
72x56 in 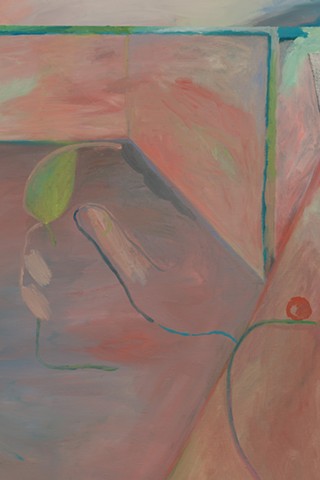 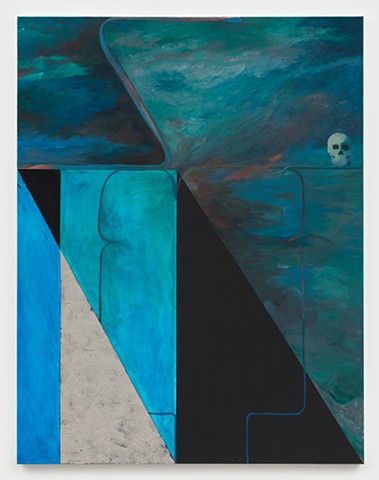 Boundless and Bare
Oil and textured medium on linen
72x56 in 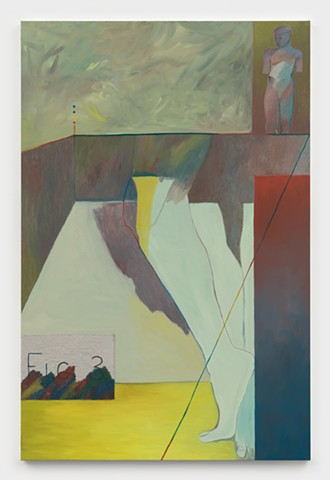 Kritios Boi
Oil and textured medium on linen
60 x 39.5 in 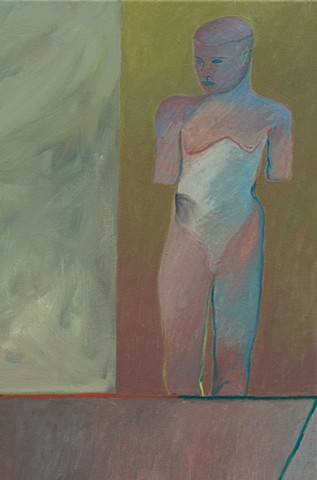 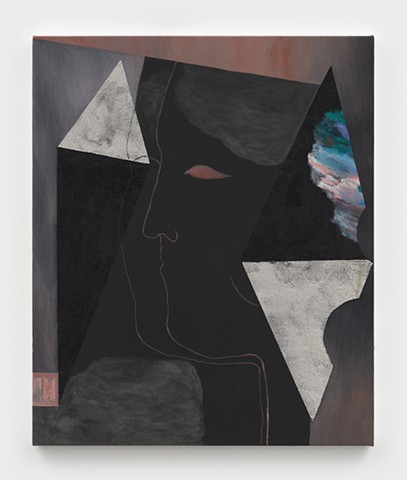 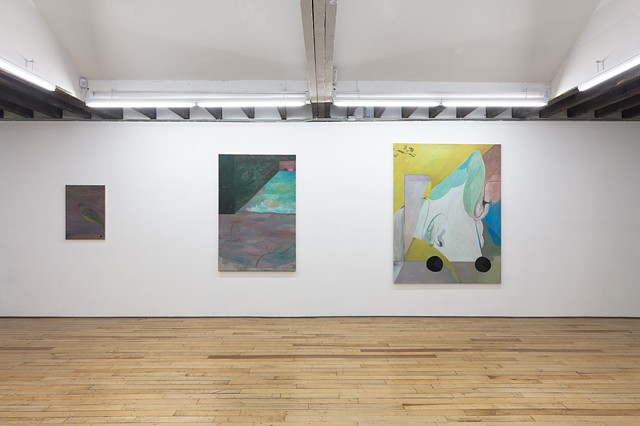 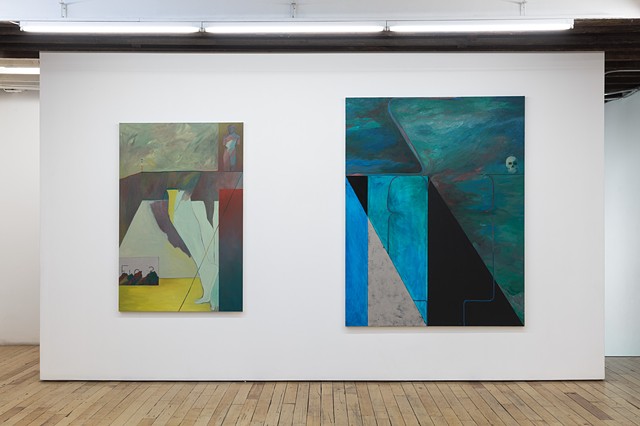 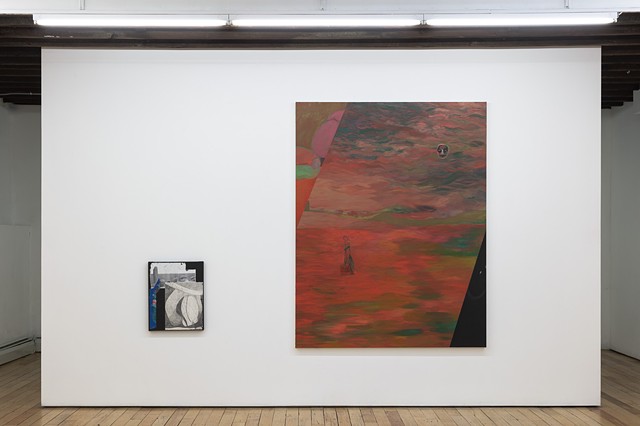 Rachel Uffner Gallery is pleased to present Ashes to Ashes, an exhibition of new works by artist Avery Z. Nelson. Nelson’s paintings explore bodies as they edge, erupt, and expand. Colors and textures, curves and cuts, body parts melt to become landscapes and monuments to become mere individuals. The non-binary artist creates worlds where the singular contemporary person finds its multitude, its many selves.

In their persistent practice, Nelson has built a language of tension and release, of bodies moving, swinging, embracing; the dance floor; listening with every orifice of the body, a thread made of the taste of sweat, frequencies weaving the spaces in between, morphing contours and mapping fleeting moments of connection. The fantasy of writing a poem on a napkin in a crowded queer space, feeling the gravity of the alienating world, and then feeling seen, held by this gathering of kindred strangers.

But what if it all shuts down? And then it did.

Ashes to Ashes whispers echoes of that time, while softly collecting and rearranging fragments of self and memory. Having witnessed the bitterness of isolation, here in their paintings, Nelson creates poetic spaces to hold the depth of mourning and becoming. Body parts fade in and out of colorfields, destined for decomposition, vibrating between stillness and motion, figuration and indeterminacy. For years, the trans artist has explored the body as it folds upon itself, the

bending of a leg, an armpit, the meeting of the many layers of voluptuous fat, resting muscles, the body the fragments. In Ashes to Ashes, a landscape doubles as headscape, the contour of two delicious buttcheeks becomes a face in profile, and an ancient sculpture of a young boy has been painted with tits and a dick, as self-portrait.

These days the non-binary painter contemplates the Möbius strip. With a little twist, what was once to be a simple ring becomes a mini paradox. Try to move it or move through it, and the interior and the exterior will switch places infinitely. All that one can hold on to is the sharpness of the edge, and even there, one longs to become lost—no straight paths. The Möbius Strip is the simplest form of a whole universe of what topology calls “the non-orientable surfaces.” Through their trans body, Nelson too imagines the edges as they become invisible even to themselves. What a flirt. -Yasi Alipour & Avery Z. Nelson